President Muhammadu Buhari  is arrived in Katsina State to attend the ongoing All Progressives Congress Membership Registration in his hometown, Daura.

The Director-General on Media to the Katsina State Governor, Alhaji Abdu Labaran confirmed this to journalists on Friday in a phone conversation.

The presidential jet conveying the president and his aide touched down at the Umaru Musa Yar’adua International Airport at about 4:55 pm with most reporters not allowed access by the security officers to the airport runway. 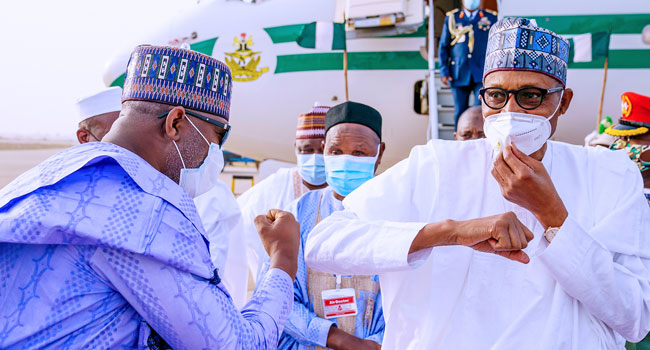 On arrival, the president was received by the Katsina State Governor, Aminu Masari, in company of his deputy, Mannir Yakubu, Speaker of the State House of Assembly, Tasi’u Maigari and other senior government officials as well as heads of security agencies in the state.

Others at the airport to receive the number one citizen included members of the business and academic communities, religious and traditional leaders, among other dignitaries in the state. 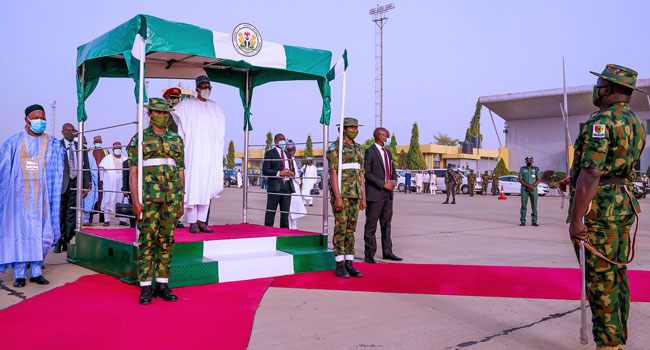 This visit marks exactly 49 days since his last visit in December 2020 where over 300 schoolchildren of the Ƙankara Science Secondary School in the state were abducted.